A schtick to sink your teeth into. Generation after generation. BEAVERS. Sharing the same land, the same lake, and the same nightmare depicting commercial development threatening their corner of paradise in the Laurentians, Quebec. Get wet at the best dam show!

Winner of 2, Nomminated for 5 Frankie Awards at the St-Ambroise Montreal Fringe Festival

Terror on The High Seas | The Adventures of Les Kurkendaal

Do you have in-laws? What if you were trapped with your in-laws and there was no escape. Les is stuck on a cruise ship with his boyfriend and his boyfriend’s family and he is fearing for his sanity.

Six very funny stories from different countries of the world will keep you laughing plus one inspiring true story of Deborah Goodman’s Jewish mother who was clever enough to evade the holocaust in Poland during World War II and travel to the U.S. to start a new life. 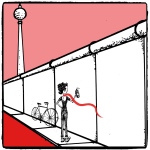 A folk-techno musical about the Rise and Fall of the Berlin Wall, as told by a small town Canadian kid-turned-accidental-pilgrim, in the city at the centre of the 20th century. With sock puppets, slam poetry, and plenty of propaganda, Devon More puts the Cool back in the Cold War.

Read a review of Berlin Waltz in Plank magazine

A couple of zombies and their fish, Mr. Flubbers, navigate the difficulties involved in moving into a new apartment.

Words define us. They can destroy, and they can save, but what does a writer do when the words won’t stop?

With Bon Jovi, they speed away from the scene of a crime; with Sinatra, they share their first kiss; with Adele, they spread the ashes of their dead friend. With music providing the backdrop, the actors of Jukebox Drive take a different improvised road trip each night, with a soundtrack influenced by the audience. 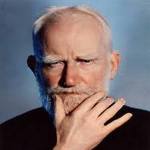 Patricia Zogar delivers some of George Bernard Shaw’s most profound Truths and observations through 12 of his best characters.

My way of joking is to tell the truth; it’s the funniest joke in the world

My Stroke of Luck| Diane Barnes

I’m a doctor. I diagnose strokes. They happen to other people. Until they don’t. Diane’s story of medical catastrophe and recovery, not only as the skilled physician she is but as parent to a worried teenage son.

A spellbinding and funny look at love, family and seemingly insurmountable odds.

Read more about My Stroke of Luck at the Orlando Fringe.

From a clever lad’s attempt to outwit a leprechaun, to an ill-stared romance, a ruined aristocrat’s desperate bargain with the Devil and a harrowing journey with a talking corpse, four Irish tales of the supernatural weave an unforgettable spell of enchantment.

Read more about Tween Earth and Sky at the Orlando Fringe. 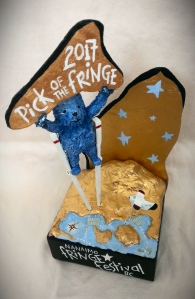 Festival goers need a membership button and a ticket or pass to see a Fringe show. Buttons are available at the door, cost $5 and are valid all festival long.

All performances cost only $12 (plus button). You can purchase tickets at the door starting 30 minutes prior. Advance tickets have a small surcharge and can be purchased in person at the Port Theatre’s Box Office or online.

Can you just not decide what to see? Get your Festival Pass while supplies last and see a bunch! Festival Passes are good for 5 shows and only cost $40.

Seating is limited.  Get your tickets early through The Port Theatre Ticket Centre  by phone, in person or on-line.

Find the full festival details, and info about who we are and what we can do for you, on our website.
Can art and theatre make the world a better place? We sure think so. 🎭
Hello, January!
🥳🍾🤩